Founded in 1926, TP Niven is a family owned freight transport and logistics business where family values and attention to detail are paramount.

We believe we have established a reputation for quality, reliability, flexibility, and ‘value for money’ services whilst still ensuring that we continue to offer personal and friendly service to all of our customers.

Led by an experienced management team and supported by trained and motivated staff, TP Niven is committed to providing the highest quality of Customer Service. 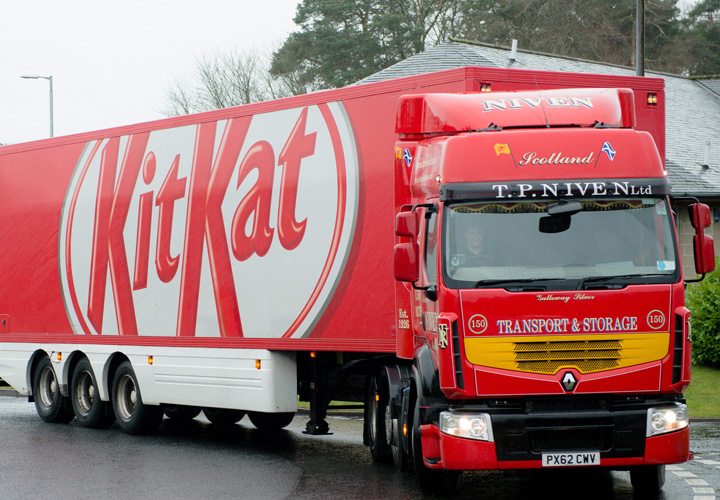 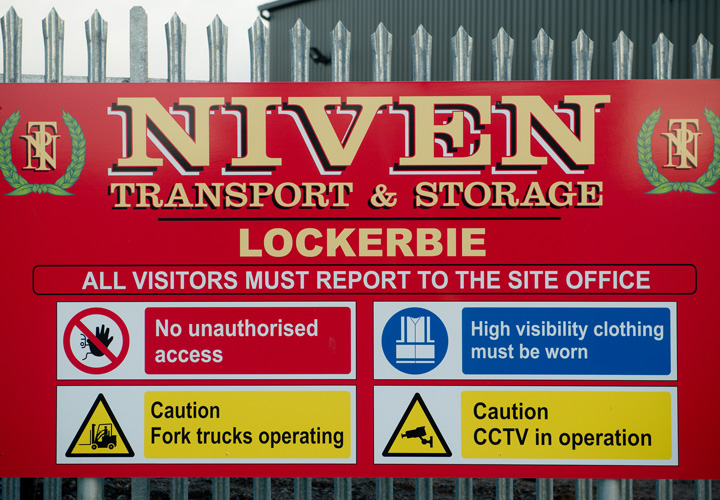 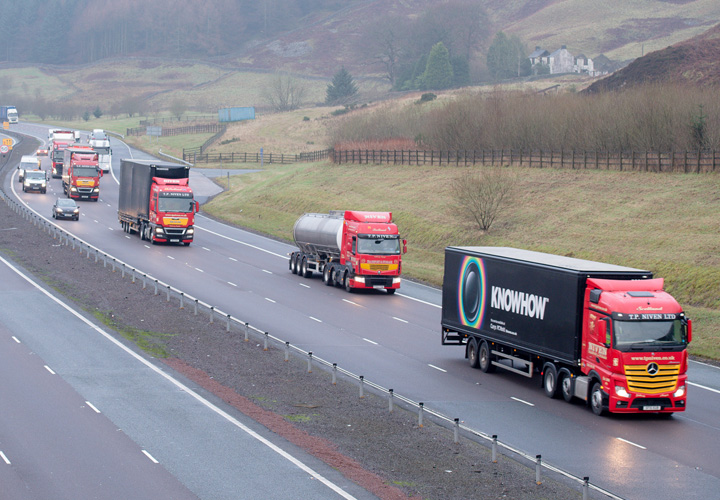 We work hard at developing genuine partnerships with our customers by understanding their business, philosophy, and culture, and by providing quality services through the provision of creative and effective solutions.

To develop a successful business with a reputation for providing creative, quality supply chain solutions that reflect current and future market needs.

This, to be achieved within an environment of passion and enjoyment, which engages all staff and those who interact with TP Niven.

The firm of TP Niven was founded in 1926 by Thomas Paisley Niven. It was during the General Strike of 1926 that he used his life savings to purchase a petrol lorry and the firm was born.

His first main contract was for the haulage of raw materials used in the manufacture of fertilizer from Palnackie harbour to Biggars Mill in Dalbeattie.

In 1927 the firm won a contract with Dalbeattie district farmers to collect milk from farms and deliver to Dalbeattie Creamery. This led to the purchase of a second vehicle.

Following the creation of the Milk Marketing Board in 1933, which gave farmers a guaranteed price for milk, Tom continued to build the business up specialising in the haulage of milk whilst also diversifying into timber and livestock.

The firm expanded further in the 1960,s when they gained a large contract hauling panels for welding from Southall to the local Stelrad factory at Edingham near Dalbeattie

The present MD Jim Niven Jnr started work in the business as apprentice mechanic in 1977, after completing this and HGV 1, drove for some time then went to do a business and CPC course.

With the untimely death of Doreen Niven in1983, Jim Jnr took over at the age of 23 to run and expand the company.   Being in an agricultural area the opportunity to back haul fertiliser / feeding products and also develop storage and distribution with 20,000sqft of warehousing, this allowed the fleet to expand to 15 artics and 30 trailers.

In 1992 the SMMB farm tank operation at Kirkcudbright was merged with the Niven fleet making a combined 11 farm tanks and doubling the workforce on this contract, thereby reducing the costs in the two milk fields, this increase required a new depot for a 24/7 operation with wash facilities at a new 2-acre site at Dalbeattie.     Fleet now 11 tankers 15 artic 30 trailers

In 1991 Stelrad allowed TPN to expand by taking over there in house fleet in Yorkshire distribution warehouse resulting in an operation of 10 vehicles and 25 trailers dedicated to servicing the UK radiator market, this worked well and integrated with the Scottish operation for six years. Several tenders since has maintained our longstanding relationship with customer till the present day with fleet now in Stelrad livery.

1994 saw the deregulation of the Milk industry resulting in the break-up of the SMMB, this through time allowed work for Scottish Milk, Robert Wiseman Dairies, Glanbia, a successful tender for an increased milk field in the Lockerbie area expanded the operation with a depot in Lockerbie.

The start of the new millennium saw the fleet expand again and the continued addition of staff with the successful trial and subsequent contract for Scottish store deliveries for Pets at Home based in Stoke on Trent. The operation has successfully adapted to the customer’s requirement by trunking product to Lockerbie during the day and delivering to stores on a airlock night shift operation with Moffatt Mounty forklifts on each trailer.

An opportunity to become part of the Palletline Network arose in 2011 covering the DG and KA post codes, this allowed a greater service spread to existing customers for smaller consignments and accessed clients previously not covered by our full load business.

The Strategic location of our Lockerbie depot to access the NDC s in the Midlands and re distribute to Scotland served as a selling point to allow a contract with DHL on their Dixons / Knowhow deliveries to stores and RDC s in Scotland from Newark to start in 2012. This progressed to the DHL fleet and drivers transferring to TPN in 2014 with now 15 artics contracted on a 24/ 7-day shift operation.